Gas or Electric Appliances? Which is Better for You? 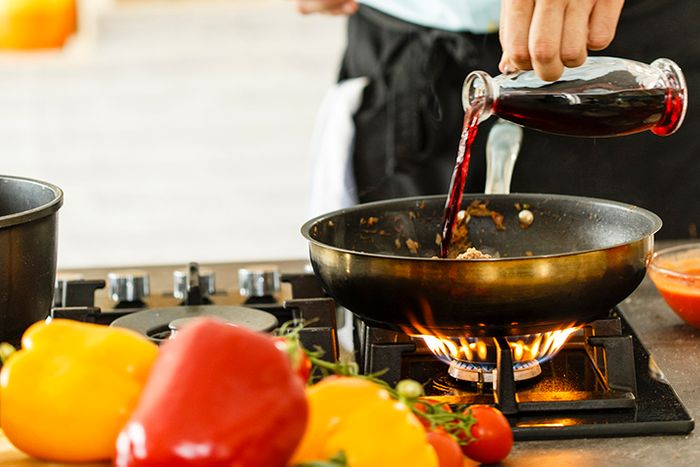 When an appliance, stove, or range has reached the end of its life, you’re usually confined to purchasing and replacing the appliance with one that runs on the same fuel source. Through the popularity of social media and cooking shows, many amateur cooks seem to prefer to cook with gas – but not everyone has a gas line.

The fact is that only approximately half of American homes have gas service. The rest of us have to rely on electric. But even though gas is touted as practically a kitchen miracle worker, does gas really deliver on the hype? Does cooking with gas really outperform cooking with electric? Let’s take a closer look.

Instead of determining how well a stove or range could cook from its fuel source, appliance experts say consumers can find excellent choices in both gas and electric range models, that “without natural gas service, your culinary ambitions won’t be limited by the type of range you own,” Consumer Reports says.

For instance, one misconception says that gas ranges bring to a boil faster than electric ranges. This isn’t entirely true. Some things to consider include what type of electric range you’re cooking with and what exactly is being boiled. In one study, more electric smoothtop or radiant ranges fared better than gas ranges in both the High Heat and Simmering tests. In fact, approximately 65 percent of electric smoothtop ranges scored better over gas ranges for fast high heat boiling. However, in the Baking Test, almost two-thirds of tested gas range models scored much better than electric ranges. One of the largest discrepancies in range performance happen at the level of broiling—and the results might not be what you think!

In broil tests, less than 20% of gas ranges scored well. By contrast, 61% of electric ovens scored in Excellent or Very Good.

Which Type of Kitchen Range is Better for You?

After looking over the results from cooking tests between gas and electrics stoves and ranges, electric ranges seem to outperform where gas models rarely met the tests with any gusto. But, as they say, there are exceptions to every rule. That is the case here. What we’ve found is that there are many models of both gas and electric ranges that perform extremely well regardless of fuel source.

If you were feeling down because you were limited to an electric kitchen range, we feel optimistic these results should give consumers hope. Also, depending on your cooking style and methods of cooking, you might want to do a bit more research on which type of kitchen range would work best for you.

Things to Look for in a Convection Microwave Oven
Do's and Don'ts: How to Wash and Care for Your Denim Clothes
National Pizza Week: The Secret to Making the BEST Home-Cooked Pizza
11 Delicious Soup Recipes to Warm You Up This Winter!
How Does a Washer Dryer Combo Work?